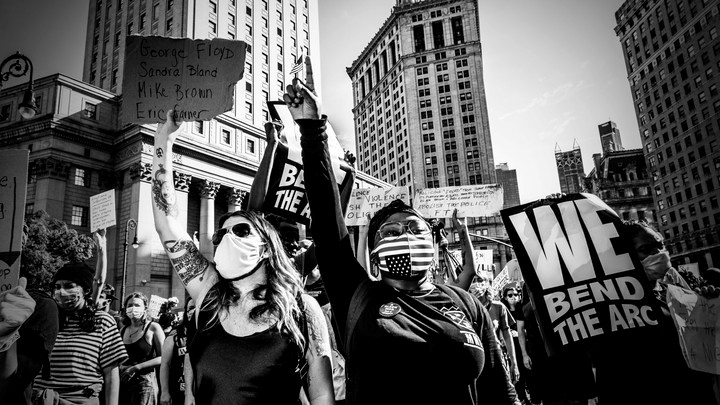 Posted at 21:50h in blog, Business, Messages from Our CEO, Lori Gay by Michael Warren
1 Like
Share

Why we each need to stand for justice, stopping racism and equality for all people.

Justice needs to begin now. Hatred and racism need to be gone now. Each of us needs to be intentional now to help ensure that Black people are recognized as having lives that matter.

So, I’m Black. Live in America. Was spit on and called out of my name throughout my childhood and through high school. And I was born and raised in California. Go figure.

Many have said that the South leads in racist actions, but I’d say, throughout America we have real problems. Slavery was never really dealt with in this country, and it’s a problem. We must realize that the impact of 246 years of chattel slavery and 155 years of Jim Crow, Black Codes, segregation, and institutionalized racism will not be easily undone. We stand on the shoulders of those who have died before us for our rights. Let’s not waste this moment.

During this time of crises, both the pandemic and now, senseless killings, we all can DO SOMETHING about making sure that hatred doesn’t continue to lead the agenda. DON’T be silent. DO give to organizations, public advocates and other groups that are standing up against injustice, caring for the poor, representing Black families who have lost loved ones to violence from the police, guns and other treacherous forms of taking life. DON’T sit on the sidelines when you can serve others and get engaged with making a difference in your community, companies, and networks with your voice, your skills, talents and support those who are willing to lead and be on the front lines of standing against hatred and oppression.

So, many of us as Black Americans have said, “we’re tired”. Tired of being ‘spit’ on by the looks, gestures, ignorance and silent disregard for our lives as though we need to measure up to you…stop that! It is time as Pastor Max Lucado said so well, “But, in the end, God’s plan is the only plan: see every person on the planet as God’s idea. And He has no bad ideas”. Yes! If we love our neighbor as we love ourselves, we can and we will eliminate the need to outdo, compete, dominate and lie to ourselves about our value. It’s not about you. On the other hand, each of us is one of a kind and unique; respect should be given immediately to show the true value of how much each life matters. By each of us.

“Injustice anywhere is a threat to justice everywhere.”[1]  The historian Kellie Carter Jackson writes: “Throughout history, black people have employed violence, nonviolence, marches, and boycotts. Only one thing is clear—there is no form of black protest that white supremacy will sanction.” Don’t you want to be responsible for instigating monumental social and political change? Wouldn’t you like your legacy to be one in which you had the opportunity to make history in your lifetime and you chose to do it?

So let us begin…Martin Luther King Jr. said so much so well. “There comes a time when silence is betrayal. Our lives begin to end the day we become silent about things that matter. In the end, we will remember not the words of our enemies, but the silence of our friends.” So, let us each choose not to be silent right now. Speak up and speak out.

Our commitment to our work of community development and strengthening families is critical to building sustainable communities that thrive economically, politically and preserve socioeconomic ideals that are accessible for everyone. While we work at this premise, we must advocate, stand for justice, negotiate land deals and build cities of promise and opportunity…a daunting task. The joy of it is that we get to see real stuff happen. Often a thankless job, we serve because we honor and respect the fundamental premise that “all men are created equal” is a promise for all of us. That we will be guaranteed the unalienable rights of life, liberty and the pursuit of happiness. We live for the day that we will see it borne out in America, our home, NOW.

So shame on anyone who doesn’t stand up for everyone’s freedom. Shame on the police for using violent force as the way to show strength. This is WHY we kneel. Servant leadership is required, can you give it? Shame on folks like the LAPD Police Chief who struggled to apologize when called out for blaming the looters and the officers who murdered George Floyd in the same breath. Shame on the racist policies and predatory tactics that keep our communities at a ‘loss’ instead of a win. Shame on local budgetary tactics that work to increase police budgets at a time when they don’t want to be accountable and we should be supporting Black lives. Shame on the wealthy who could give back more and don’t! Shame on our elected officials, faith and community leaders and others who have been more silent than usual. Are you ‘inside’ facing the COVID pandemic? Get out of your comfort zone! Step up, step out and step forward to reflect the leadership ‘difference’ that is needed in our America, our home…right now. There is no other time like the present and…no one is coming.

“But we refuse to believe that the bank of justice is bankrupt. We refuse to believe that there are insufficient funds in the great vaults of opportunity of this nation. And so we have come to cash this check, a check that will give us upon demand the riches of freedom and the security of justice. We have also come to this hallowed spot to remind America of the fierce urgency of now. This is no time to engage in the luxury of cooling off or to take the tranquilizing drug of gradualism. Now is the time to make real the promises of democracy; now is the time to rise from the dark and desolate valley of segregation to the sunlit path of racial justice; now is the time to lift our nation from the quicksands of racial injustice to the solid rock of brotherhood; now is the time to make justice a reality for all of God’s children.[2]

So, let’s say their names…Ahmaud Arbery, Breonna Taylor, George Floyd, David McAtee and many others. Let’s never forget their names and be grateful and honorable toward their deaths making each of us more aware of the importance of standing up, getting up and being sure to be heard. Justice matters! I sing it loud…I’m Black and I’m proud. Let freedom ring! The Negro National Anthem declares, “Sing a song full of the faith that the dark past has taught us, Sing a song full of the hope that the present has brought us, Facing the rising sun of our new day begun, Let us march on ’til victory is won”.

What’s our Call to Action:

Truth smashed down to the ground will rise again undaunted.[3]  And so we rise from this place, this moment, this time in our history. We rise to serve. We rise to give. We rise to love. We rise to STAND for what is right, just, peaceful and sustainable. We rise to end hatred. We rise to stop racism. We can be better…we must. Our future depends on it.

A prayer that matters now is…–I trust You Lord for Justice, Mercy, Love and Peace. I pray that every life of every Black child, family and Black young men and women will be considered priceless. I pray that Love would wrap its strong arms around our community now and remind us of ‘whose’ we are and that we matter to You, Lord. Strengthen the conviction of our friends of color and Whites who want to help, aren’t sure what to do, but really care that ‘something happens’. Allow them to live out their convictions now without having to be noticed or be ‘in charge’, just true servants of the time we are living in, recognizing that, “the smallest act of kindness is worth more than the greatest intention.”[4]